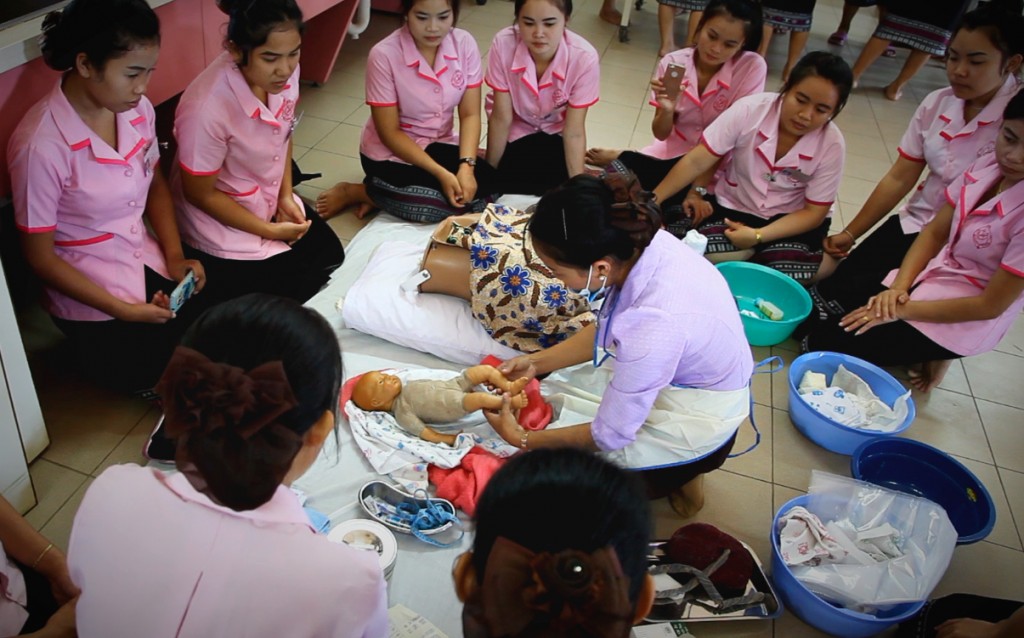 Savanakhet Province, Lao PDR – Nestled in a remote forest near the border with Viet Nam, the village of Labangkhok is one of the poorest in the Lao People’s Democratic Republic.

Off the grid, and with no running water, it’s cut off from the outside world for four months each year, as heavy rains turn roads into impassable mud.

Yet there are good signs. Solar panels are appearing around town, and families are having less children, allowing them to better plan for their futures.

Agnod (56) provides contraceptive pills, condoms and health advice to women and men in the village, and in four other communities nearby. “The village was full of kids before. Now most families are having no more than four,” he says.

Agnod received training from the Ministry of Health and UNFPA, the United Nations Population Fund. “I’ve helped over 300 families so far,” he says

Du (20) lives in Labangkhok with her two young sons. “I didn’t use family planning before he started this” she says, pointing at Agnod. “But I decided to get an injection [to stop pregnancy] for three years. I want my sons to grow up a bit before I have another one.”

Dr. Bongsouvanh Phanthavongsa, Deputy Health Director in Savanakhet Province, explains that 32 community-based distributors like Agnod are now working across the province. “Each one covers three to five villages, so they reach the most remote areas,” he says.

Building up a professional midwifery cadre, with a special focus on educating midwives to work in the communities, is another key part of the government’s ‘national Skilled Birth Attendance Development plan,’ that was launched in 2008.

“Just a few years ago, there were no midwives or midwifery teachers in Laos” explains Anna af Ugglas, a midwifery specialist with UNFPA. “Obviously that had a serious impact on the safety and quality of the care given to mothers and newborns around the country,” she says.

“UNFPA supports the Ministry of health to educate midwives in line with international standards” she explains. “This way we’re working to help ensure that people all across the country get safe, quality care from a competent midwife.”

“We know that investing in midwives pays off in terms of saved lives. It also contributes to healthier families and more productive communities,” he says.

“Maternal mortality is defined as the death of a mother through pregnancy related causes, often around delivery. If a trained and skilled person assists expectant mothers and attends any emergencies that may arise, maternal mortality can be cut by a third,” he says.

“We’re in third place worldwide in terms of bringing down the maternal mortality rate,” the Minister says. “Since 2005 we’ve brought down the number of maternal deaths from 450 out of 100,000 live births down to 220.”

“We’ve also brought down mortality from children under five years old quickly in the last few years. We’re 29th fastest out of 75 countries,” he adds

For the Minister, improving standards of care remains a priority. “We’re looking at improving assistance for deliveries in a comprehensive way, so we’re boosting standards of healthcare and improving hospitals at both the central and district levels,” he says.

“Governance is a big issue in healthcare reform, so we’re also looking at administration, financing and managing our resources better.”

With a wide range of donors supporting different aspects of these reform efforts, good coordination has been key to the government’s successes.

“Donor funding is crucial,” the Minister says. “In the Ministry we have a mechanism that allows us to coordinate support, including ODA [Official Development Assistance] and other support from everybody [working in] the health sector,” he explains.

The mechanism is one part of Lao PDR’s ‘Round Table Process,’ which works across all sectors of development, and brings the government, donors, civil society and business together to ensure all assistance brings about the biggest possible impact.

“Sometimes donors ask me where and how they can support us,” the Minister says, “so this mechanism also answers those questions.”

Back out in rural Savanakhet, A-Daeng (30) has just given birth to her fourth child in the closest clinic to Labangkhok.

“The care got better each time,” she says. “When I gave birth to my third and fourth child, they cared for me before birth, helped clean my body and visited us at home after delivery. They also told me to eat well, breast feed and gave me advice on birth spacing.” 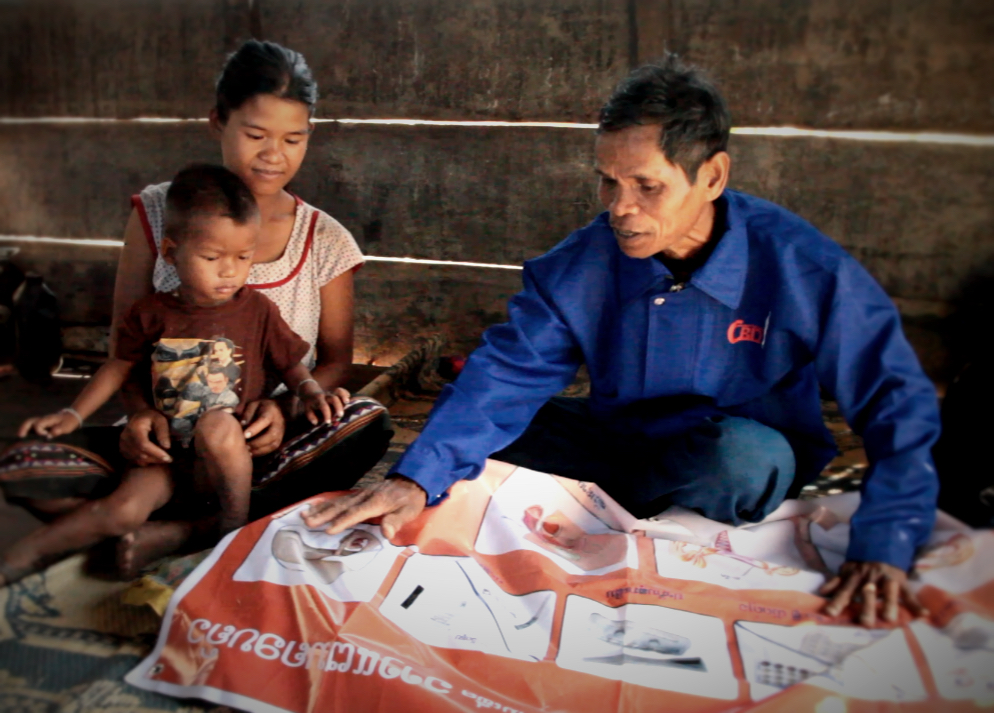 © 2022 The Department of International Cooperation,
Ministry of Planning and Investment. , All rights reserved.